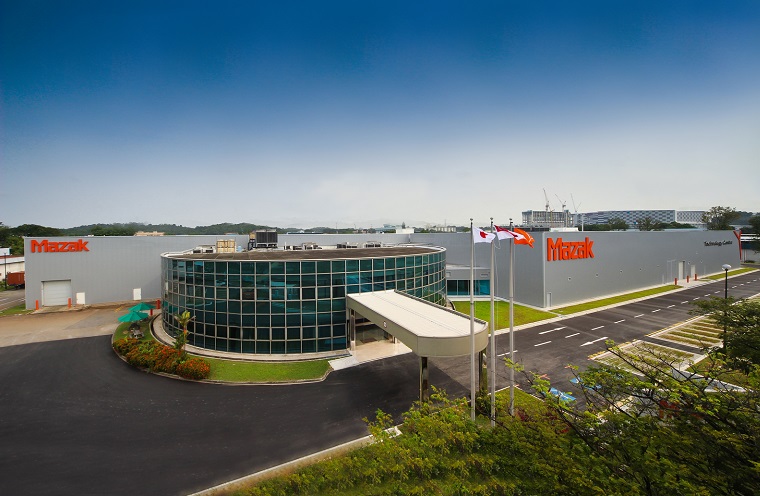 Ever since its establishment in 1992, Yamazaki Mazak Singapore has underwent five expansions. Its latest expansion is part of a long term strategy that seeks to improve our global manufacturing and supporting systems.
By doing so, it allows us to offer a more comprehensive support to our customers in the South East Asia regions, and also to establish manufacturing system that will increase the export of machine tools.
The expansion itself is a form of commitment that we at Yamazaki Mazak have undertaken, our showroom has been enlarged to 4,300m², which is four times larger so that machines from various industries can be exhibited.

Improving Supporting System of Before & After Service